Mum’s bucket list: ‘Have a great time after I’ve gone’

Written by Alex James
anise her thoughts.Even as a 16-year-old, she was already carefully writing out her requirements for a “contract of mateship” for her boyfriend, Singe.

“Phone at least twice a day,” she wrote out in fountain pen on a piece of A4 with red margins.

“Flatter me. (Remember, flattering can get you everywhere),” it went on.

“Supply a flower once a week.”

“Take me out Saturday evenings.” 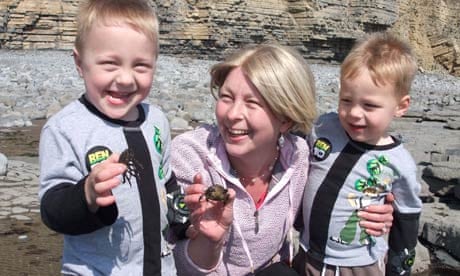 Yet it’s the list Kate wrote 20 years later, in the weeks before her death from breast cancer, which has left the lasting impression.

When Kate, an insurance underwriter, realised she was not going to see her two sons, then aged four and five, grow up, she wrote out the ways she hoped they would make the most of their lives – whether it was to keep searching for four-leaf clovers, to rollerskate around museums or to grow up to treat women with respect.

When her list – an eclectic mix of thoughts, reminders and life lessons – was mentioned in her local newspaper obituary, the story was picked up and it became a bestselling book. Now, it’s been turned into a film, released this month, starring Emilia Fox as Kate and Rafe Spall as Singe.

Such a fanfare is likely to make such wish lists – known as bucket lists – an increasingly common part of bereavement.

But as death has to be looked at from two sides, from the point of view of the person leaving, and also from that of those left behind, how does Singe feel now, six years after his wife’s death?

Has the existence of a weepie film about him and Kate held him back from moving on or helped him bring up two children on his own?

And is there a danger that, in death, Kate could come across as too saintly – or Singe, very much the celebrity in his home town of Clevedon, Somerset, could be overly flattered by having their lives turned into a movie?

In the four hours I spend with Singe in a pub overlooking the sea, these worries dissipate. He has been through hell, yet embodies the seize-the-day spirit Kate wanted for him and their sons.

Beyond that, for many of those who have read the book, Singe represents the hope that there is life on the other side. But, Singe (short for St John), 50, a paramedic who now runs training courses for young people, says he never wanted Kate to make the list in the first place.When Kate was diagnosed with cancer, their elder son, Reef, was four and was still recovering from a rare and aggressive form of cancer – rhabdoid soft tissue sarcoma – which had wrapped itself around the femoral nerve in his leg.While Reef had been seriously ill in hospital as a toddler, their younger son, Finn, had been born two months early when the stress of Reef’s cancer treatment had kick-started Kate’s labour.

On the New Year’s Eve before Kate was diagnosed, Singe remembers taking a break from the vigil at Reef’s hospital bedside. They stood in a high stairwell, watching fireworks exploding over Bristol below.

“Kate turned to me and said: ‘I would swap places with Reef in a heartbeat.’ The horrible irony is that’s what happened.”

After they thought Reef had beaten the astronomical odds against him surviving and walking again, Kate decided she wanted to give something back by donating blood because her son had received so many transfusions.

Instead, she was turned away for being anaemic. As she started to monitor her own health more closely, she discovered a lump in her left breast.

The two cancers were entirely unrelated. Reef had been given a 6% chance of survival, Kate 80%. But, aged 36, Kate had to face the worst news for herself.

“It was as if someone had said: ‘We’ll let you have Reef, but you can’t have both,’” says Singe. “It felt like Reef had been returned to me and Kate was being taken instead.”

After a year of treatment, Kate’s decline was fast. At Christmas 2009, she was given 18 months to live. She actually only had a month.

As she started to come to terms with the fact that she would never see her sons grow up, she started compiling her hopes for them in her diary and on scraps of paper.

Singe said: “The first request came when she was home from hospital for a bit. By then, she was on oxygen to keep her lungs working. The boys were in bed and our plan was to cuddle up in front of the TV. I offered her a cup of tea and when I heard her call out to me in the kitchen, I thought she was going to say she wanted two sugars, instead of one, or something.

“But she said: ‘Singe, would you take the boys on holiday to Llantwit Major for me next summer if I don’t make it?’ It was a beach where she had spent her holidays as a child.

“I was like: ‘Oh shut up, you’ll be fine.’ But she had clearly been thinking about it for a while because she then rattled off six more things, bang, bang, bang, like how she wanted me to take them diving to other places she had not yet been able to visit.”

When Kate returned to hospital, she continued the list on Post-it notes and by text when her hands were too weak to write. “Stupidly, I deleted some of the messages. Even in the last days, I wouldn’t allow myself to believe she was leaving me. I wanted her to have a positive mindset because I thought that was the best way for her to beat the cancer.I’d get a message and think: ‘You’ll be here in the summer, silly bag.’ I got fed up because until the end I thought there would be a miracle drug that would come along and save her.”It was as she died in hospital in his arms that January that Singe started to understand. “Her last word was: ‘Sorry.’ She realised what a massive undertaking it would be for me to raise the boys without her.”

The immediate aftermath of her death was shattering, says Singe. “The only way to describe it is to imagine you’re on a sunny beach one minute and the next the sky goes completely dark. It’s like you are hit by a massive wave which completely trashes you and you can’t breathe. You try to get to your feet, but you keep slipping under the waves.”

As Singe found more scraps of paper and Post-it notes, he and Kate’s mother, Christine, typed out the full list. In the bleakest moments, requests such as to kiss each boy twice every night – one from Singe and one from Kate – gave him routine.

Other requests – that they all go diving in the Red Sea, as she had done – gave them something to plan and look forward to. Most selfless was Kate’s insistence that Singe find another woman to replace her. At first, it seemed an impossible task.

Since meeting at a rollerskating rink when she was 14, Kate and Singe were besotted. They married in 1996.

Both were adrenaline junkies who crisscrossed the world swimming with sharks, skiing off-piste and bungee-jumping off cliffs.

“We were so in love, mates would say: ‘For God’s sake, get a room.’ It was only after Kate died that I learned that not every husband loved his wife the way I did and back again.”

Yet one of her texts to him from hospital read: “Would be good if you settled down sooner rather than later so you get to see grandchildren.’ She floored me with that one.”

“I instantly dismissed it, but she followed it up with a couple of texts making sure that I understood she meant it. She wanted the boys to have a positive female influence.”

In another painfully honest acknowledgement that life would move on without her, Kate gave permission for pictures of her to eventually be confined to the boys’ bedroom once Singe met a new partner.

That is now what’s happened. Two years ago, Singe met someone, a single mother with a son about the boys’ age, and with a zest for life similar to Kate’s. They now live together as a family. Reef and Finn now call her Mum, too.

Although Singe has now crossed off most of the items on the list, there were some that were elusive and others that remain undone.

When the boys, now 11 and 12, see a crisscross of plane trails in the sky, they still like to think it’s a kiss from Kat

Kate was always on the lookout for four-leaf clovers. But despite planting genetically modified clover seed on Kate’s resting place, “hoping she would give it a hand”, he and the boys never found one – until a friend discovered a patch – and called them to come and pick some.

They still plant sunflowers every now and again, as Kate asked, “celebrate birthdays big time”, and eat orange Club biscuits because they were her favourites.

But day-to-day family life has also had to take priority over ticking off some of Kate’s more exciting requests, such as going to see the northern lights, or taking the boys to Switzerland, where Singe proposed to her.

As to where she is now, Singe and Kate both believe and believed that when you are gone, you are gone.

Even so, when the boys, now 10 and 12, see a crisscross of plane trails in the sky, they still like to think it’s a kiss from Kate.

When I ask Reef, a thoughtful, confident boy, what his mother wanted for him by writing the list, he replies without hesitation: “Happiness.”

He and his brother have seen the trailer, but not the film, which they will see when they are older.

So does Singe feel a responsibility to tick off whatever is left on the list?

“There’s no pressure. The things on the list are what Kate and I both wanted to do and how we both wanted to live our lives. She may be gone, but the boys get bits of their mum by doing the things she enjoyed and what she loved to do. They know her better that way.”

He admits he has sometimes wondered if she would have wanted so much focus on such personal thoughts recorded at such a desperate time of her life – but overall, Singe believes she would have been proud of the life he has built for their sons.“It’s like leaving footprints on a beach – you walk up and the wave comes and the footprints are gone. This is a way to keep the footprints still there.“Having two happy, healthy children was Kate’s dream and that’s what I have right now.

“The little snippets about herself, the pointers for me and the instructions for the boys were all saying the same thing. ‘Be happy, appreciate life and have lots of fun.’

“Between the lines, Kate was also saying, ‘Don’t forget me, but please move on. Make the most of every day, just as I did.’”